A police officer has been injured in New Parks

A large police presence were seen on Aikman Avenue today. A police officer received  injuries  and has been taken to hospital after police  responded to an  incident at a nearby address. Fire & British Red Cross teams from Western Fire station opposite where the incident had taken place, quickly arrived and given immediate first aid. A police spokesperson said: “We were called at 12.51pm by EMAS following a report for the concern for the welfare of a man inside a property in
0

Officers are appealing for witnesses after a woman was injured in a collision on Narborough Road in Leicester. It happened at around 7.30pm today (Tuesday 15 December) near the junction with Upperton Road and involved a car and a pedestrian. Colleagues from the East Midlands Ambulance Service attended the scene and a woman in her 40s was taken to Nottingham’s Queen’s Medical Centre for treatment – her condition is described as potentially life-changing. The car, believed to b
0

Policing from above using Drones

A vulnerable child has gone missing close to acres of rural land, some of which is flooded. The officers know as each hour goes by the chances of finding him safe and well reduces. They also know to search an area of that size would take around 20 people at least a couple of hours - time that child might not have. This situation is just one of the many incidents PC Matt Burton and his colleagues in the Leicestershire Police drone team are on hand to assist with. Once deployed
0 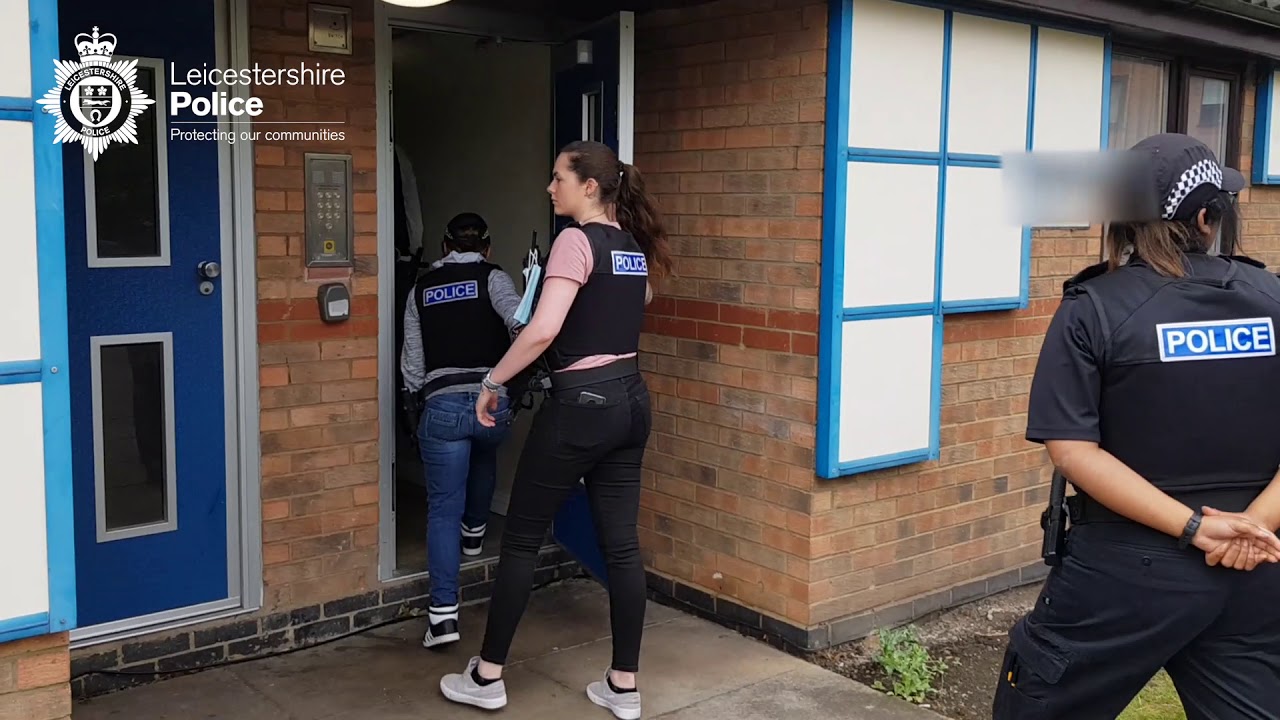 Seven people have been arrested in the Charnwood area.

Seven people have been arrested in the Charnwood area as part of a planned police operation targeting the sale and distribution of drugs. As part of Operation Hammerman police have been cracking down on County Lines activity and safeguarding vulnerable people being targeted by organised crime groups to help facilitate the supply of class A drugs. Between Saturday 13 and Friday 19 June, police executed three warrants in Loughborough and Mountsorrel and arrested seven people -
0

Leicestershire Police has launched the latest phase of its Lives Not Knives campaign with some hard hitting imagery. The imagery, which will appear on buses throughout the city and county, includes a teenager in a mortuary with the words “Killed by his own knife.” Another image depicts a gravestone with the same wording. It’s hoped that by highlighting the consequences, the campaign will prevent people from picking up a knife in the first place. Statistically, those who choos
0

500 fewer calls made to police over festive period

Leicestershire Police is thanking the public after 500 fewer calls were made to the force over the festive period in comparison with last year. Collectively on 24, 25, 26, 31 December and 1 January, the force received a total of 5,120 calls to 999 and 101 compared to a total of 5,620 calls to 999 and 101 for the same dates last year. Superintendent Grant Wills, Head of Contact Management Department (CMD), said: “Very similar to 2018, the force received a substantial number of
0

Leicestershire Police are calling for people to ‘get tough’ on drink drug drivers as they launch their month long winter campaign which will run throughout December. This campaign was launched this morning during a FATAL4 operation on St George’s Retail Park. Watch our news report In December 2018, Leicestershire Police officers made 122 drink and 33 drug drive arrests, this was 56% more than December 2017 which saw 78 drink and 21 drug drivers detained at the roadside. Just
0

Leicestershire Police has this morning launched a brand new campaign tackling theft from vans. The force wide campaign is looking to combat a common spike in this type of crime which often occurs in October as the nights begin to turn darker, earlier. Statistics from 2018 showed that there was nearly 130 more theft from vans in October, compared to September. The campaign includes a social media push, involving a video highlighting good van keeping practice vs bad and how to
0

Police and bomb disposal are at a quiet Leicestershire village this afternoon. A man has been arrested on suspicion of making or possessing explosives under suspicious circumstances. Emergency services including the bomb disposal and hazardous area teams were called to a property on Vicarage close in Newbold Coleorton near Ashby earlier today. Police have released the following statement. “A warrant was executed this morning (Thursday) at an address in Newbold Coleorton under
0

25 offences detected in total including 18 seatbelts, 5 mobile phone along with 2 tinted windows. Leicestershire Police conducted a operation this morning in Loughborough, targeting speeding and not wearing seatbelts, using mobile phones and drink/drug driving, the FATAL 4. Operation began at 9am and ran for 3 hours. offending motorists was spotted and stopped on Epinal way in Loughborough and full checks where made on the drivers and vehicles. Several motor-vehicles were sto
0

A police officer from Leicestershire has won a national award for delivering outstanding neighbourhood policing to the community he serves in the West End of Leicester. Chief Constable Simon Cole presents award PC Matt Eld Image courtesy of Leicestershire Police PC Matthew Eld, known to many as Matt, is the beat officer for the Westcotes neighbourhood in Leicester. He has won the National Police Chiefs’ Council’s ‘Community Police Officer of the Year Award’ after being nomin
0